Dylan got his second leg today! 7 months post surgery and we are already on leg number two!! He's a growing boy!

This picture of Dylan is to die for!! He kept walking around all morning saying, "New leg, new leg!". He was pretty excited! 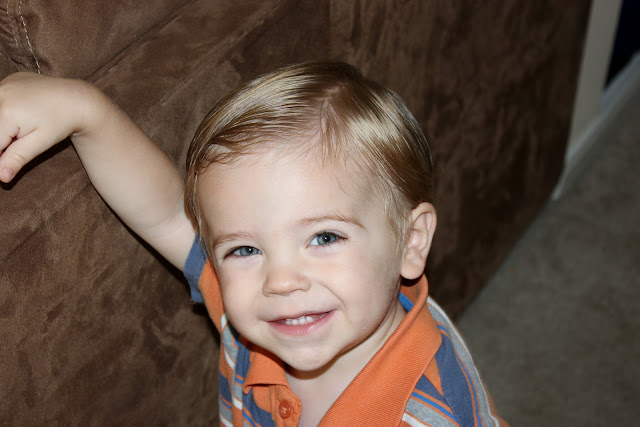 It was a basic, try the new leg on, make some slight adjustments, let him walk around for a bit to see how he walks and how his stump looks after walking, etc. He did great! No tears. He was too excited about his "new leg"!! This new suspension is a silicone liner with a pin at the bottom of the liner that snaps into the leg socket and then it has a button that you press to release the pin when you need to take the leg. So this should mean no more leg randomly falling off! We learned how to get the liner on and how to get the leg snapped on and off. Hopefully we'll get the hang of it quickly. I'm sure Dylan will have it down in no time. :)

Some pictures and videos from the appointment. 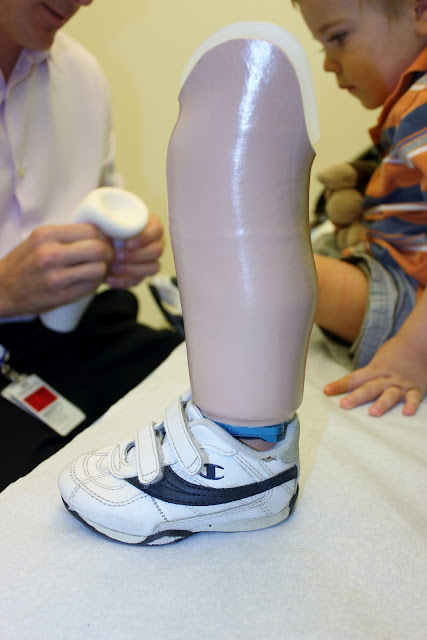 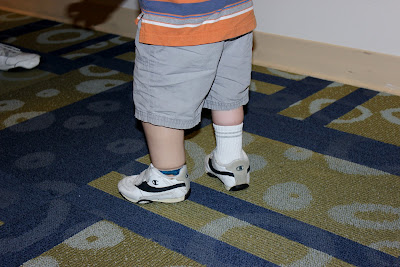 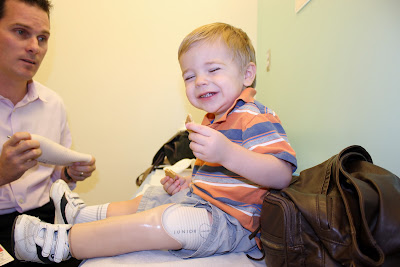 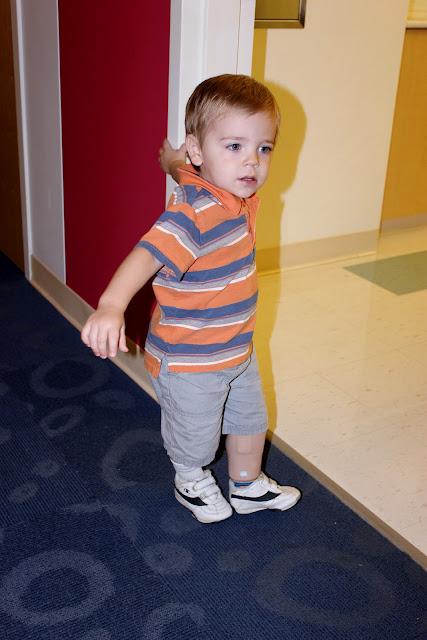 At one point while he was walking the halls, that guy that is walking around in the background of the first video walked out of his office and Dylan was right there. Dylan looked up at him, lifted his new leg to show the guy and said, "New leg!" He is so proud of his new leg. It's so cute!

Kaden keeping entertained at the appointment. :)

The foot looks much more realistic than the last one (with actual little toes/toenails), although the color is clearly still way off from Dylan's skin color. That will probably be something we can mess with as he gets older and there are more options to get one that better matches his skin tone. This foot is also more flexible than the last foot, which is great! That little white circle is the release button. 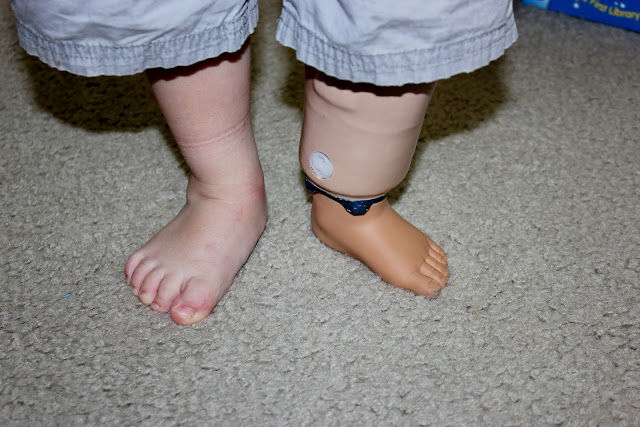 Checking out his new leg and foot at home. And a cute video of him cruising (please excuse the whiny 3 year old...he didn't want to take a nap, even though he clearly needed one. haha) :) 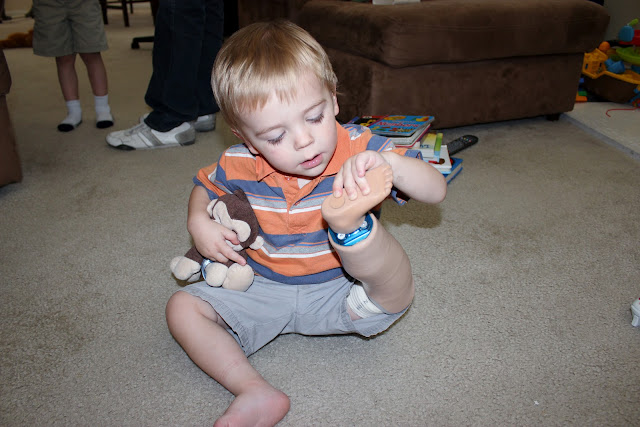 And some cute pictures we took with our phones of him showing off his new leg. Such a happy boy! 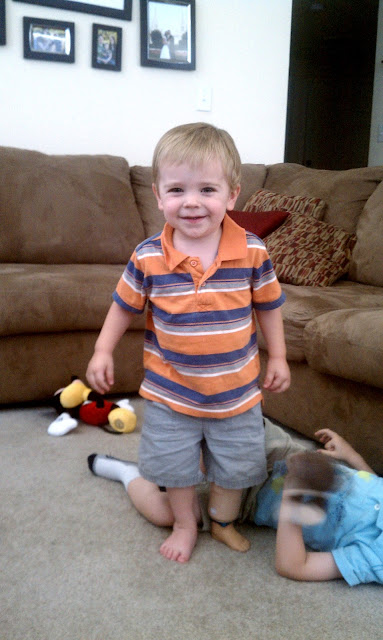 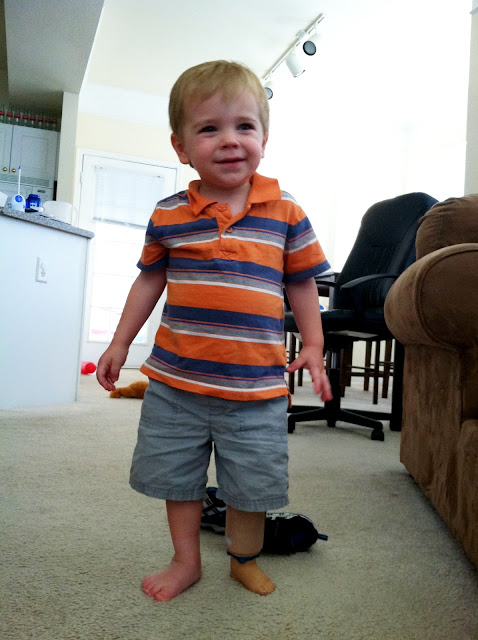