We made a trip to the hospital to visit the Gait Lab and Amputee Clinic the other day. We do this about every 6 months now just to check up on everything. It was a 3 hour visit in total, but the boys got lots of tasty snacks from the staff and new car toys, so we can't complain. :)

Keeping entertained while waiting for the team to come in at clinic. They have these great thermo sensor boards that the boys love playing with. And they also love drawing on the whiteboards. 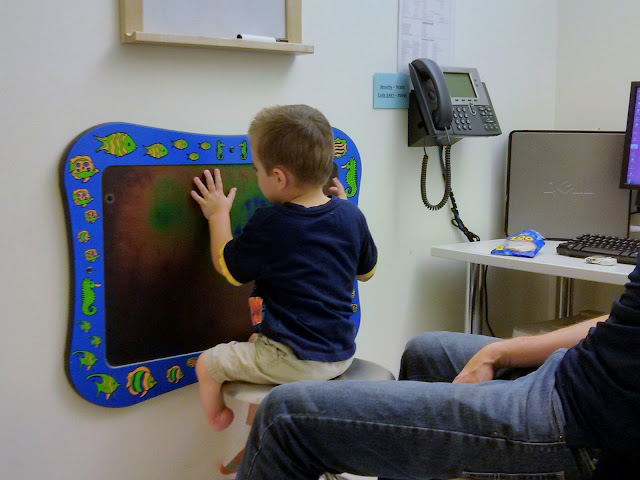 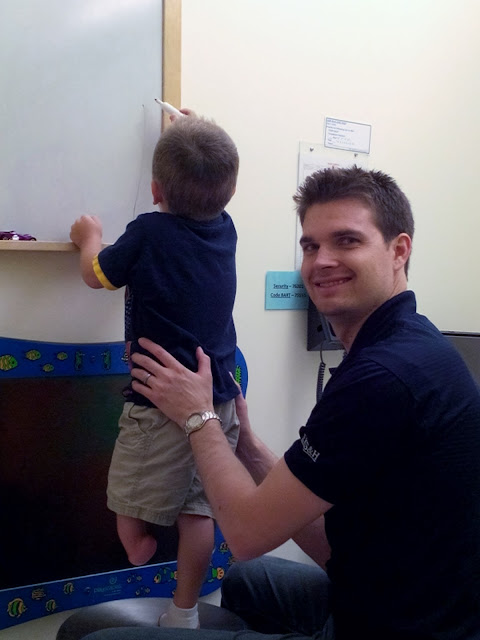 Kaden was great and kept himself entertained with the new cars they got to pick out at Gait Lab and on the iPad. 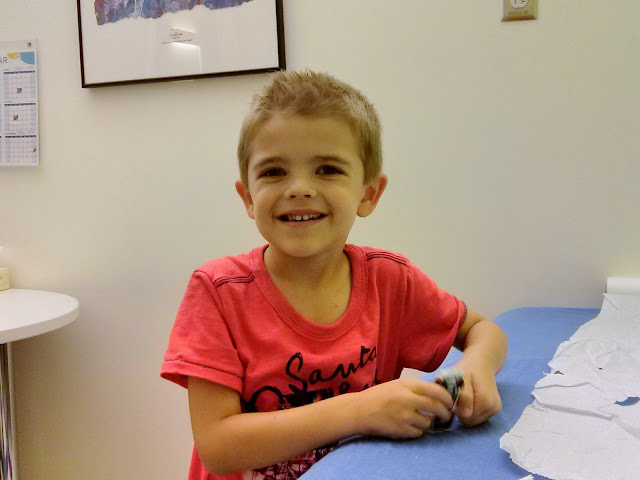 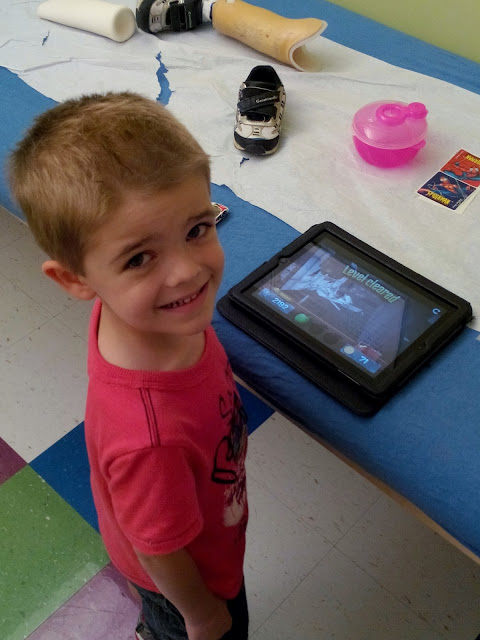 I FINALLY got Brielle to sleep after lots and lots of screaming. 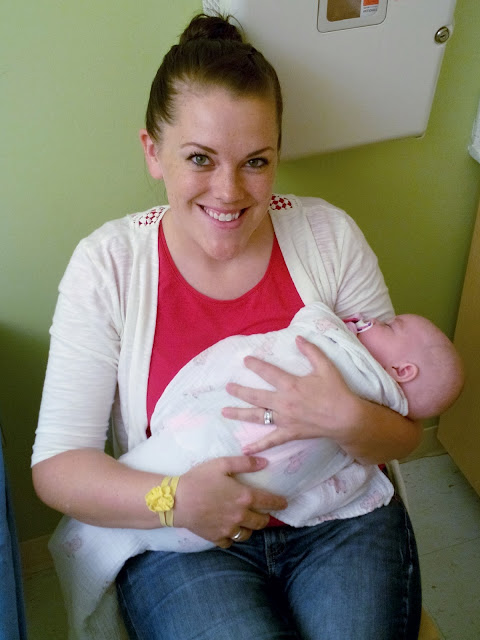 And yes, that is her headband on my wrist, not a bracelet. haha 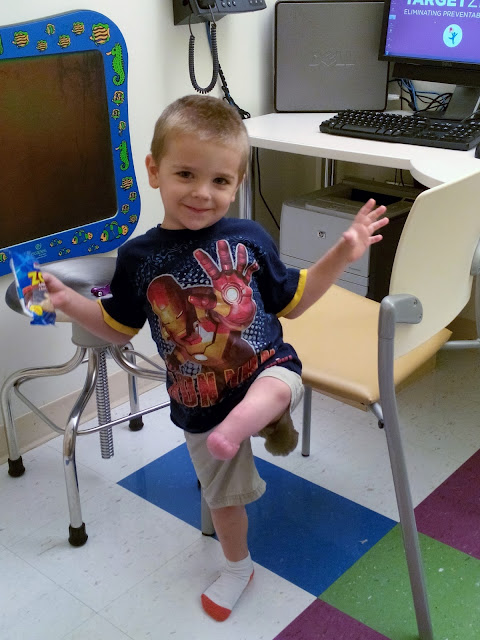 SO....the great news....Dylan is doing GREAT! The doctors are so impressed with how well he has adapted and how well he is progressing! He runs and jumps and climbs and does everything like a two year old...and even a lot of things that "normal" two year olds don't do. He is just amazing and we are so proud of him! The not so great news....we knew Dylan would need more surgeries in his future..."maintenance" surgeries as they call them. There are four things that need to be fixed on Dylan's leg that were addressed today. The first issue: His femur is turned outward, which puts his knee at a weird angle (off to the out side instead of straight on)...so they will need to do what I believe they called a femoral derotational osteotomy (or something close to that...ha...I'll learn the exact term as it gets closer) where they will go in and reposition his femur into the correct position it should be in. The second issue: When you do put his leg in the right position (with the knee facing forward as it should) he has a valgus knee (or knocked knee) meaning his knee angles inward. There is a simple (relatively speaking) procedure that will help fix that. The third issue: His tibia, which was severely bowed at birth and fixed at the same time of his amputation, is beginning to bow again. We knew this was something that would most likely happen again. It is no where near as bowed as it used to be, but it will continue to bow with growth, which could get in the way of prostheses fitting correctly and cause some pain. So that will need to be straightened again and now that he is older, they will most likely put a rod through his tibia (on the inside that will stay there) this time to help it stay straighter for longer. And the fourth issue: His calcaneous was put on the bottom of his stump during his amputation. This is what a Boyd amputation is, keeping the calcaneous (heel bone) and anchoring it to the bottom of the stump, which is better for weight baring, etc. The issue is that the calcaneous continues to grow and in order to keep the bottom of his stump from getting to bulbous at the end, they have to go in and shave/reshape the calcaneous when it starts to get too big. We already knew about most of these "maintenance" surgeries and knew they were in our future. The femur issue was the only one that was not originally part of the plan, but is now. Anyway....turns out these will be happening sooner than we thought....most likely in the next year or two. The good news is they are planning on just doing ONE surgery and addressing each issue in that surgery so that it will all be done at once and he can move on much faster. Since he's doing so great right now and none of these issues are presenting any major problems at this time, they want to hold off. But they said they do forsee these needing to be done in the next year or two. They want to get them done and over with before he starts school, that way surgery and recovery don't get in the way of him being able to play and be normal at school. So he'll have all of those issues taken care of at once (or that is the plan) and then have 6 weeks of recovery or so and then he will hopefully be able to be fitted into a new leg and move on shortly after that. SOOOOOO not looking forward to going through surgery again. :( But our goal (as well as the doctors) is and has always been to make sure Dylan is able to do whatever he wants to do...to run as fast as he wants and play as hard as he wants and just be a kid and eventually these issues will hinder those abilities to a degree, so we will do what we need to do to keep him as comfortable and happy as we can. But the thought of seeing him go through pain again and the not fun recovery....breaks my heart already. :( BUT...just like last time...I know he'll do great and once we get past this hurdle (more surgery and recovery), he will move on and continue to do amazing things. And until then, he will keep just being the awesome kid that he is! :)
Posted by Katie at 3:30 PM