Today we had our second fitting with our prosthetist, Jason. Dylan got to try on his new leg (not the exact leg, kind of a test run leg, but something very similar to what he will have). We were a little nervous about how this appointment would go because he hasn't been putting a TON of weight on his stump and he isn't the biggest fan of us touching it too much, so we were scared that he would hate having the leg on.

He wasn't the biggest fan of the initial getting it on and having Jason messing with it to see how it fits and what not. 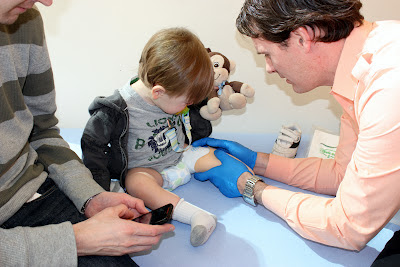 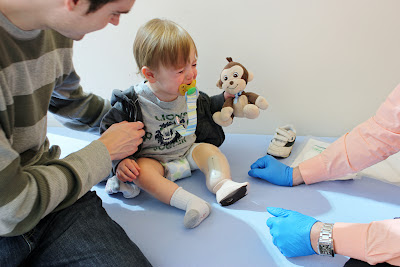 Once we got it on nice and good, we tried standing him up. He cried for a little bit at first, trying to fight it. 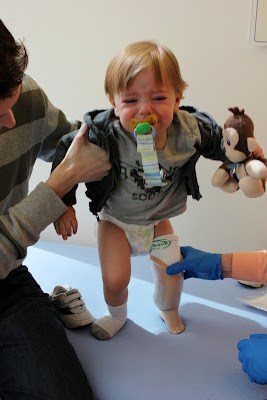 And then after a couple seconds of standing, I think he realized that this "thing" was actually REALLY cool and extremely helpful in letting him stand better. 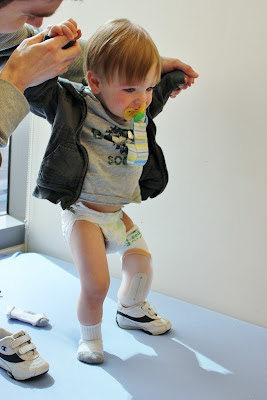 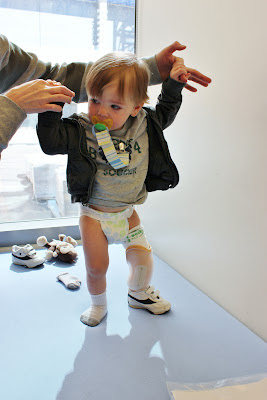 And then came the REAL test....WALKING!! As soon as we set him down...he was off. HE LOVED IT!!! It was SO exciting to see! Here is the video of his first steps. 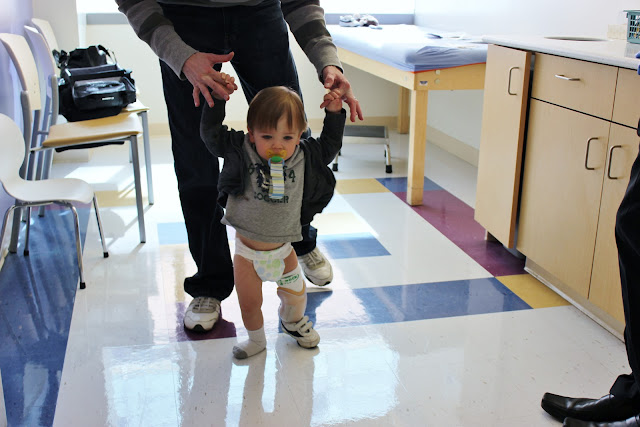 Another video of him getting a better hang of it...

He didn't want to stop walking, but Jason needed to make a few adjustments on it, so we had to take it off. 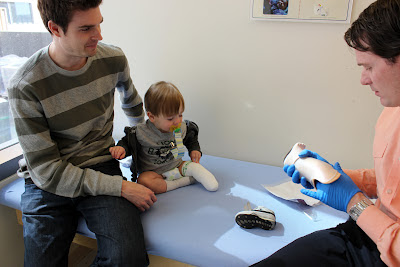 While Jason was making adjustments on the leg (he had to make it a little longer, as it was a little too short at first) all Dylan wanted to do was walk, even without his leg. He got the taste of walking again and he did not want to stop! Here he is trying to "walk" without his leg. :) 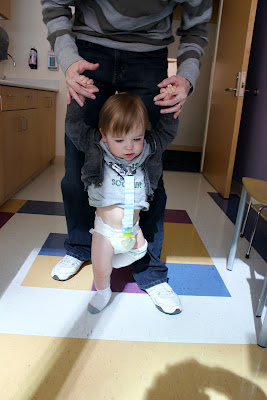 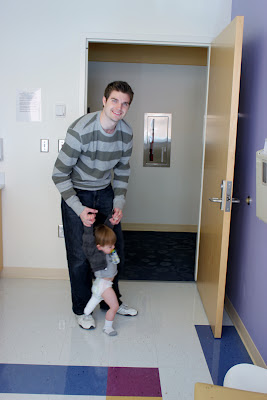 We tried distracting him by showing him the leg braces hanging on the wall. haha. He didn't care. 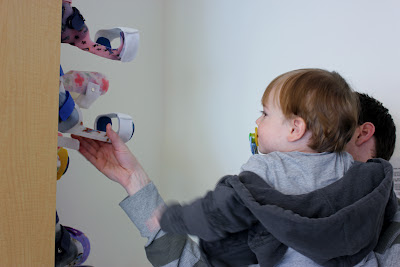 Jason finally came back and put the leg back on. Dylan was a little more willing this time around. :) Dylan was ready to play again! He walked a ton more and then practiced crawling and climbing and just being normal with his prosthesis on. 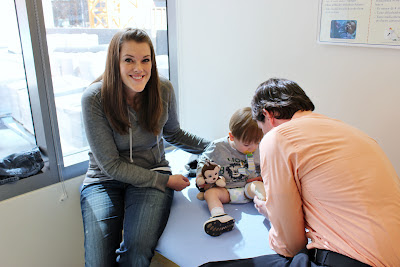 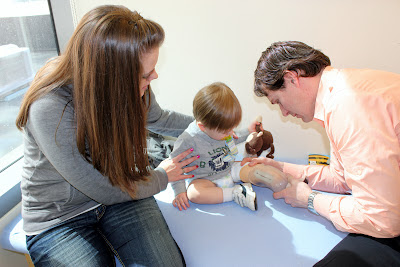 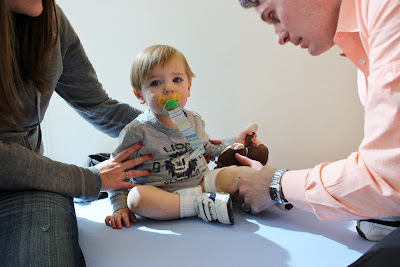 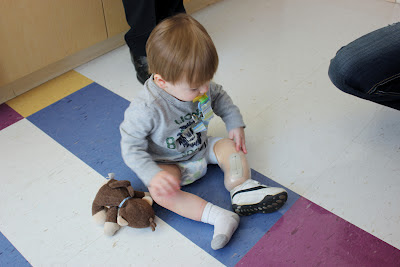 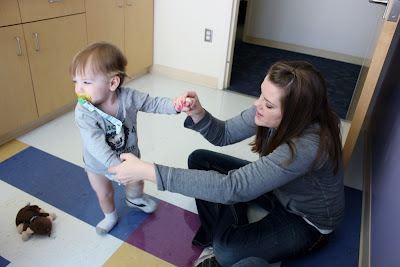 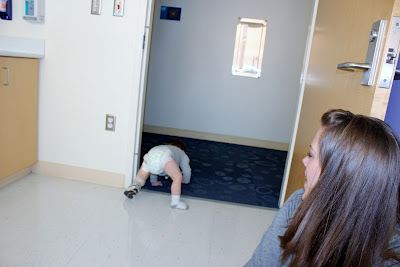 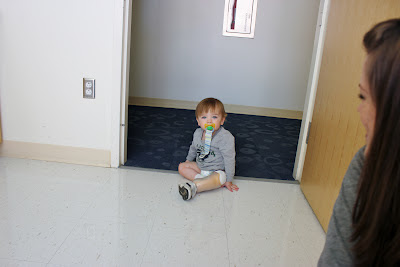 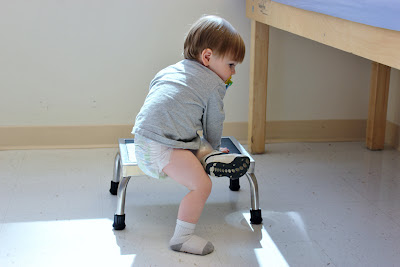 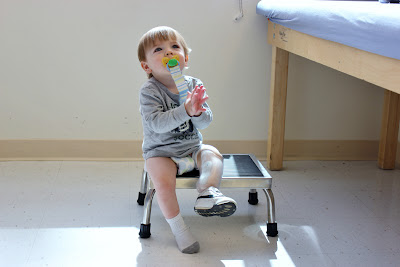 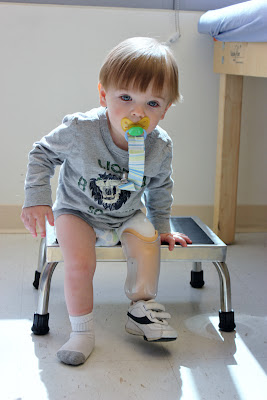 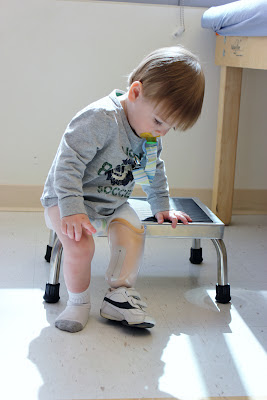 He warmed up to Jason and even went for a little walk with him! He even gave Jason a little love rub on his arm as he was taking the leg off before saying goodbye. :) 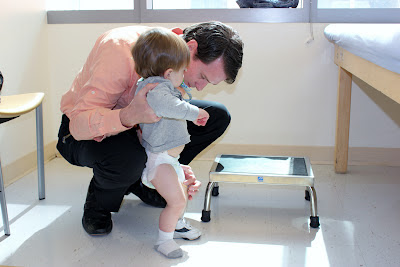 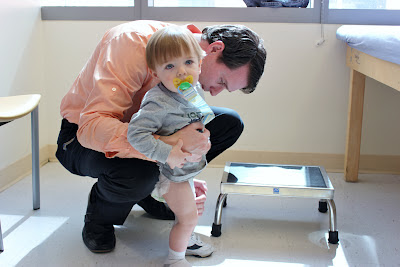 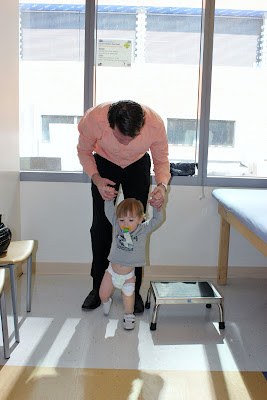 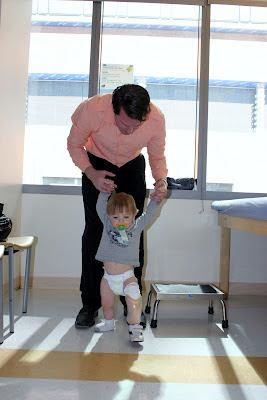 We have another appointment with Jason next Friday to get Dylan's finished leg and take it home! We are SO excited!
Posted by Katie at 5:03 PM