Dylan got his new leg today and we were all laughing at how abused his old leg looked. Check it out in comparison to his nice brand new leg! (You may have to click on them to make them bigger to see the extent of the scratches) PS...It doesn't have a foot on it because the foot was still in good enough condition (amazingly!) to just switch it over to the new leg without having to buy a new foot. So this is a new leg with his old foot. :) 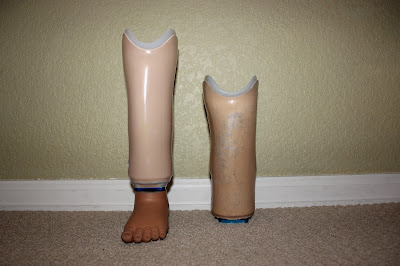 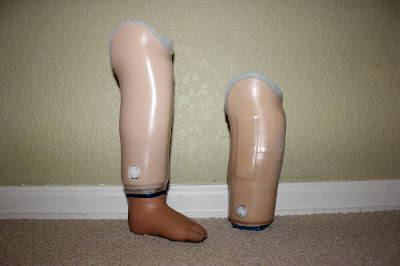 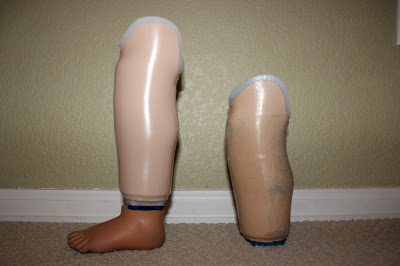 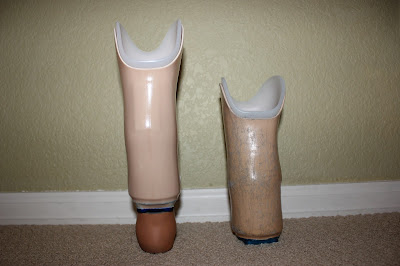 His old leg was so beat up and scratched in just three months! But that's a good thing...that means he is using it well!!

Isn't his new leg so pretty and clean!?! Anyone want to take bets on how long it is until he gets his first major scratch in it?? :) 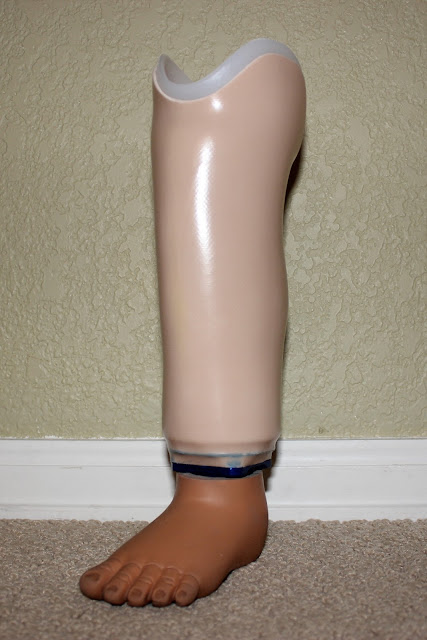 And a few shots of the big boy showing off his new leg. He has been very excited about his new leg and seems to like the fit of it better than how the last one was fitting towards the end, so that is good! He's got a little cold on top of teething his four canines, so he's not himself, but we managed to get a few smiles out of him. 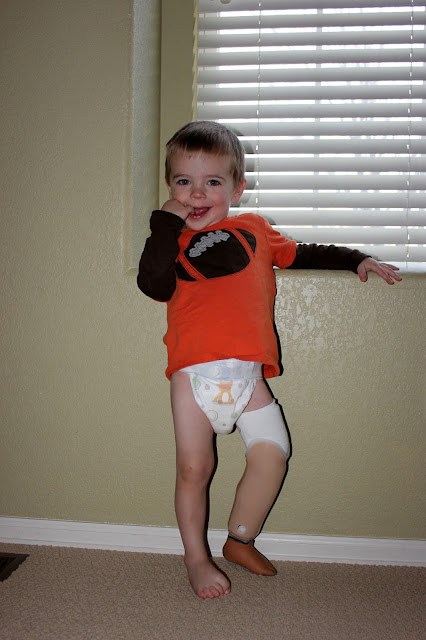 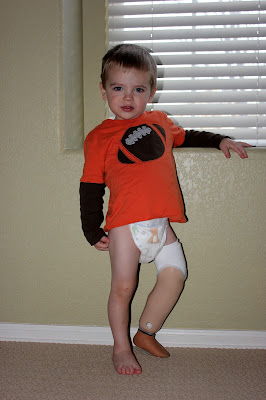 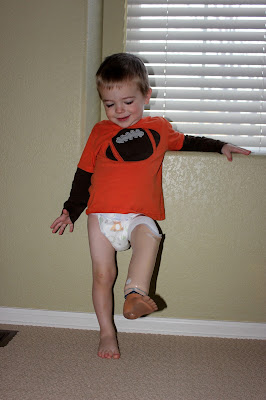 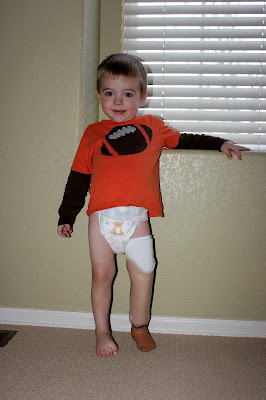