Well, first I'll keep you all in suspense for a little longer and show you the fun we had in finding out. :)

We traveled to my hometown for Christmas to spend the holidays with my family, so we figured that would be the best place to have our Gender Reveal Party. The drive to my hometown is a good 20 hours each way (that is including stops and what not) and it takes us two days to do it. So the day we left, we left excited to see family, get away for a little bit, to celebrate Christmas, and, of course, to finally find out the gender of our little baby. Well, a little over two hours into our drive, we had made a stop for lunch and as we were eating we realized we had FORGOTTEN the envelope with our baby's gender back at home on the fridge. NOOOO...how did we do that??? hahaha. We frantically started making calls to our doctor's office to see if there was a way they could email my husband's sister the results (since she wouldn't be at the party) and then she could email it to the lady my mom had found to make our reveal cake. After lots of phone calls between sisters and parents and doctor offices, we got it all squared away and were still 100% in the dark about the gender. Phew! :)

So the day of the Gender Reveal Party....

My sister got some cute decorations and some pink and blue juices. 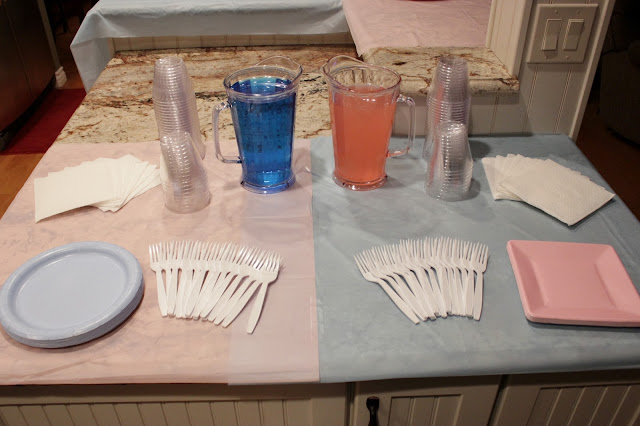 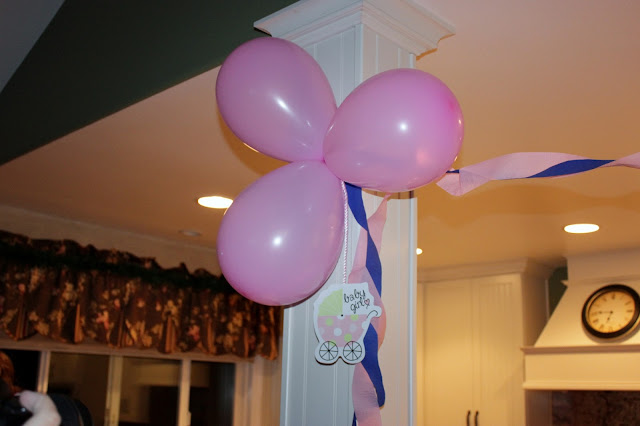 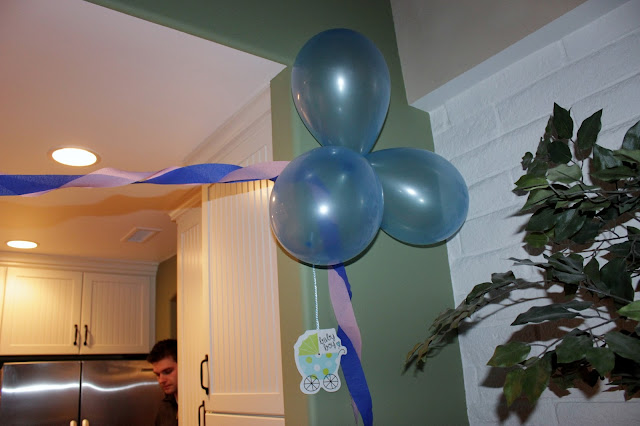 Then we all poured our juice according to what we thought the gender was.

All the cousins...a pretty even mix, but I believe it's one more pink than blue. 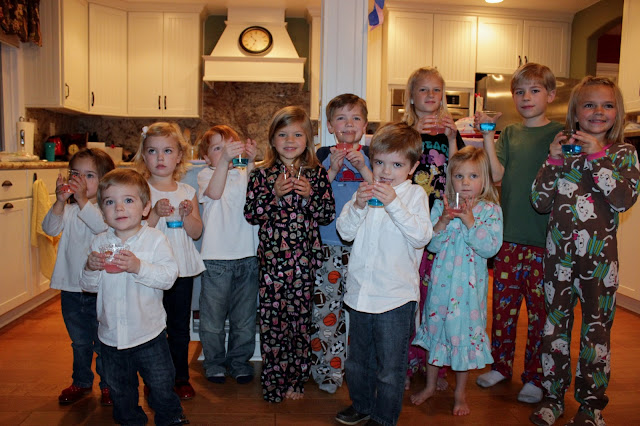 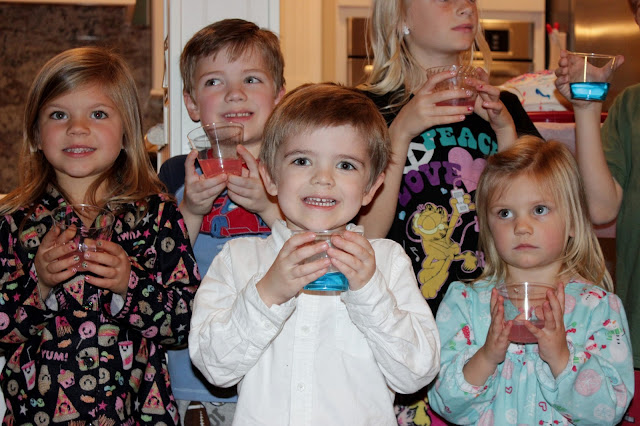 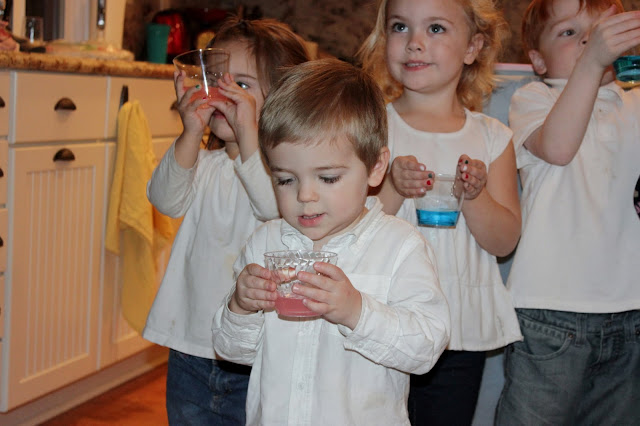 All the adults....more pinks than blues. 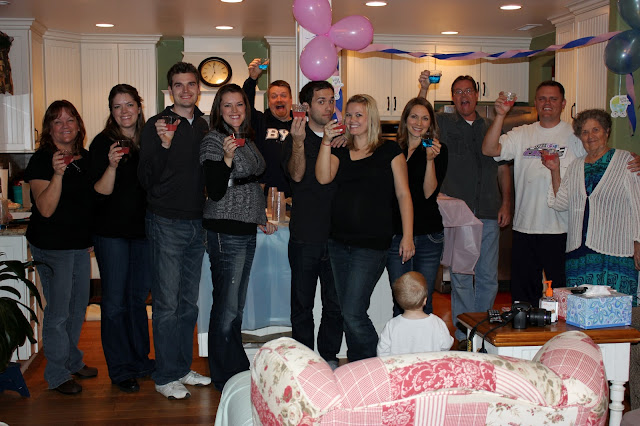 And PS...we don't typically all dress alike, but we had taken family pictures earlier in the day, which is why we are mostly in black and gray. haha.

My good friend, Erin, stopped by for the big reveal. She guessed blue. I'm SO glad she came!! LOVE YOU ERIN! 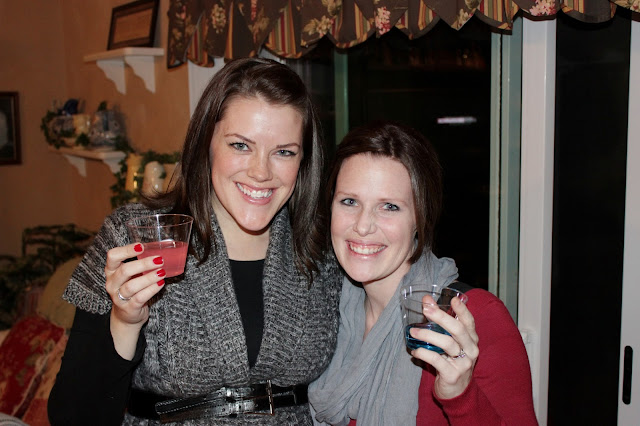 Bryson and I with our guesses. Both pink. :) 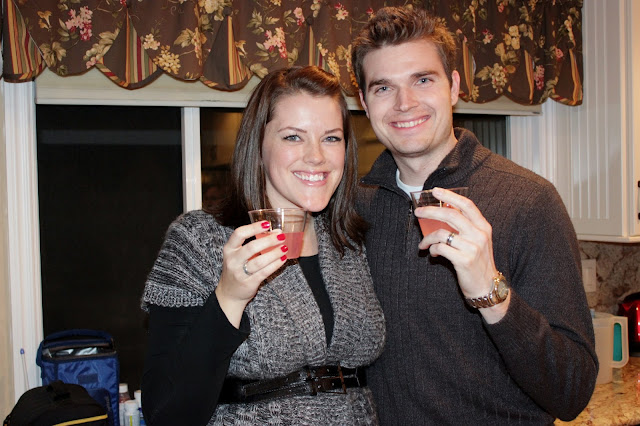 And then it was time to cut the cake. A lady who goes to my parent's church volunteered to make the cake for us so that no one in the family would know. Thank you, thank you!! Beneath the frosting was either pink cake or blue cake...pink for girl, blue for boy (obviously). :) 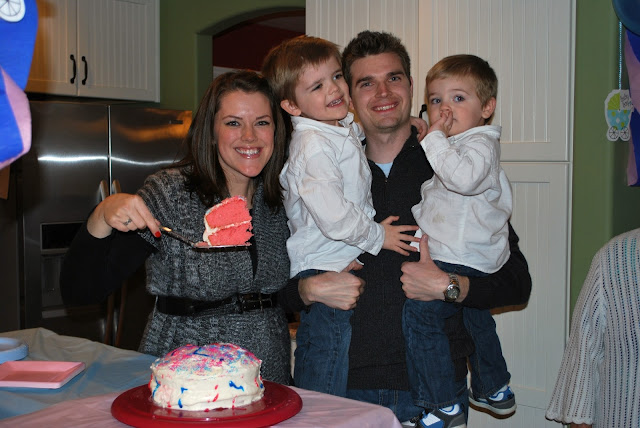 I totally got all teary eyed. Bryson and I had a feeling it was a girl, but it was still a shock to actually see the confirmation. We each had a very distinct impression when we were pregnant with Dylan and found out he was a boy, that the next one would be a girl. But that was over two years ago and we were starting to wonder if what we felt so long ago was right or not. During the gender ultrasound there was one quick shot where I was like, "Hmmm...maybe it is a boy" and another where I was like, "No, maybe it is a girl." We left the ultrasound totally confused. The tech and nurses and our doctor did a great job at not hinting one way or the other and so we really had no idea. We obviously felt like it was a girl, but at the same time felt like it very well could be a boy too. BUT IT'S A GIRL!! And we are so excited!!! We would've been so excited for another boy because we love our little guys. We're kind of like, Oh great...what do we do with a baby girl!?! hahaha! We know boys! We know how to handle baby boys. And I'd have to say we kind of make good looking little boys! :) But it'll be so much fun to switch things up a bit and for the boys to have a little baby sister. And let's face, what mom doesn't want a little girl to dress up and do girly things with? :) We can't wait to meet her!!

It was such a fun way to find out the gender and share it with everyone. We had Bryson's family there on Facetime. It was just so much fun! Thanks to everyone involved and who participated! :)

And in case you were all dying to see a belly shot...here I am at 23 weeks. 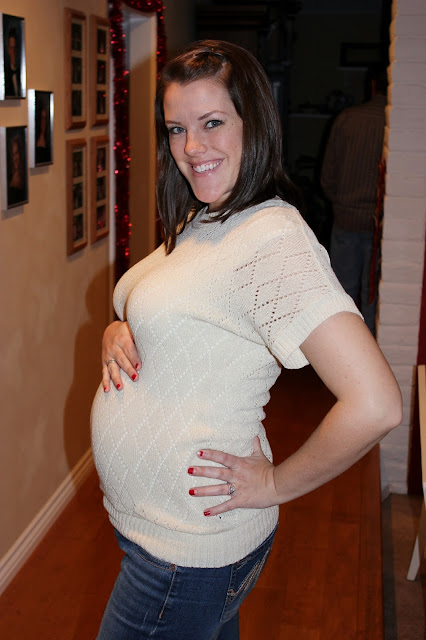 It's kind of a weird picture (Bryson and I were just being silly while taking it), but it's the most recent one I've got.
Posted by Katie at 8:47 AM